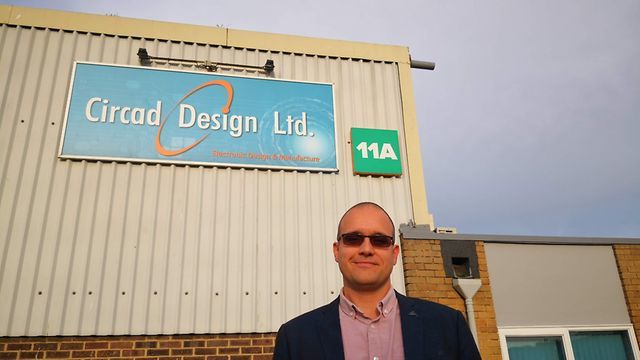 Posted on 1st November 2019
Circad Design Ltd, which is based on the town's Farthing Road and employs 38 staff, expects to take on new staff next year as demand for its products and services grows.
Five years ago, company founder Chris Eiffert took on the services of David Betts of ActionCoach to highlight the business's strengths and weaknesses and it hasn't looked back, said chief executive Gavin Howlett, who started on the shop floor 14 years ago as an assembly technician and rose through the ranks to take up his current role this year.
"I started my journey 14 years ago with Circad and never thought that I would now be running the company. I hope that in the coming year the skills and experience I have learnt can be put to good use," said Mr Howlett.
The £5m turnover firm creates bespoke electronic items for high-profile companies including Martini, Cirque d'Hiver, OrganOx and Sentag, making everything from car chargers and grain monitoring devices to medical machines to keep transplant organs alive. 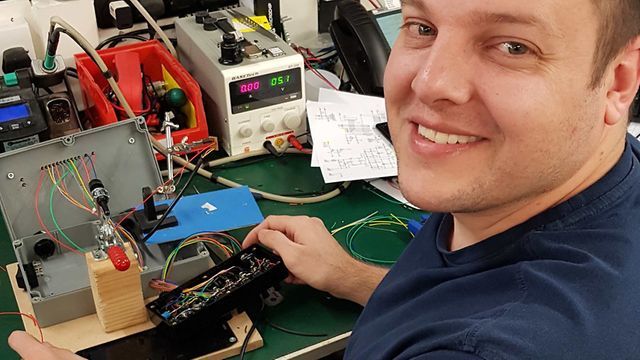 It does make to specification, but also has a research and development team able to design as well as manufacture products on site.
"We've had about 26% growth this year," said Mr Howlett, 39, who was previously production manager.
"Circad is a growing business, I've been working hard for the last couple of years at making the business more efficient. We have recruited staff, are investing in apprentice schemes while upskilling current staff. In my new role as CEO, I've been looking at the company's strengths and weaknesses, focusing on improving them."
As part of a shake-up, Anthony Spurr, who was previously purchasing and quality manager has taken on Mr Howlett's former role, and electronic engineer Mark Jackson has become test department manager.
Owner Mr Eiffert, who continues to design printed circuit boards (PCBs) for the company on a part-time basis but is now semi-retired, started the business in Benfleet in 1999 after the firm he worked for went out of business. In 2000, he and his family moved to Suffolk and he operated the business from a summer house in the garden. The following year, wife Veronica joined. They moved to Farthing Road Industrial Estate after outgrowing their accommodation.
In December 2017, Circad acquired Stealth Electronics Ltd.
Share this post:
Our site uses cookies. For more information, see our cookie policy. Accept cookies and close
Reject cookies Manage settings